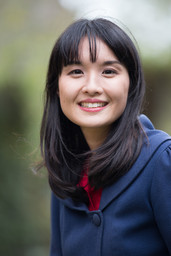 Alice was born in Footscray, Victoria, a month after her parents Kuan and Kien arrived in Australia. Alice’s father, Kuan – a survivor of Pol Pot’s Khmer Rouge regime – named her after Lewis Carroll’s character because after surviving the Killing Fields, he thought Australia was a Wonderland. Alice is the oldest of four – she has a brother, Alexander, and two sisters, Alison and Alina. Alice grew up in Footscray and Braybrook, and changed high schools five times – almost once every year! These experiences have shaped her as a writer because they taught her how to pay attention to the quiet young adults that others might overlook or miss. Alice Pung’s first book, Unpolished Gem, is an Australian bestseller which won the Australian Book Industry Newcomer of the Year Award and was shortlisted in the Victorian and NSW Premiers’ Literary awards. It was published in the UK and USA in separate editions and has been translated into several languages including Italian, German and Indonesian. Alice’s next book, Her Father’s Daughter, won the Western Australia Premier’s Award for Non-Fiction and was shortlisted for the Victorian and NSW Premiers’ Literary awards and the Queensland Literary Awards. Alice’s latest book Laurinda has been shortlisted for numerous awards in 2015, and she has also been shortlisted as Sydney Morning Herald’s Young Novelist of the Year. Alice also edited the collection Growing Up Asian in Australia and her writing has appeared in the Monthly, the Age, and The Best Australian Stories and The Best Australian Essays. Her series of children’s books, ‘Meet Marly’ from the Our Australian Girl series are published in 2015. Alice is a qualified lawyer and still works as a legal researcher in the area of minimum wages and pay equity. She lives with her husband Nick at Janet Clarke Hall, the University of Melbourne, where she is the Artist in Residence. 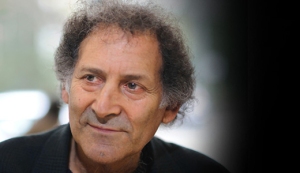 Arnold Zable is an award winning writer, storyteller, educator, and human rights advocate. His books include Jewels and Ashes, (Scribe, 1991) which won five Australian literary awards, and depicts his journey to Poland to trace his ancestry. Jewels and Ashes was also published in the USA by Harcourt Brace in 1993. Wanderers and Dreamers, (Hyland House, 1998) is a book of tales that depict the history of Yiddish theatre in Australia. Zable’s best selling novel, Cafe Scheherazade, (Text, 2001) depicts the lives of former refugees who now meet in a coffee shop in a seaside suburb in Melbourne. The Fig Tree, (Text, 2002) is a book of true stories set in Greece, Eastern Europe, inner Melbourne and outback Australia. The Fig Tree CD, a musical companion to the book, won the National Folk Recording award in 2004. His novel Scraps of Heaven, (Text, 2004) is set in the post-war immigrant community of the Melbourne suburb, Carlton. His latest novel Sea of Many Returns, was published by Text in June 2008. Arnold Zable’s most recent book, Violin Lessons was published in August 2011 to critical acclaim. Formerly a lecturer in the Arts Faculty in Melbourne University, Zable has worked in the USA, Papua New Guinea, China, and many parts of Europe and Southeast Asia, Zable is the author of numerous feature articles, columns, short stories, reviews and essays. His work regularly appears in The Age and a range of journals. He has written several works for theatre, and was a co-writer of the play Kan Yama Kan, in which asylum seekers tell their stories. Zable speaks and writes with passion about memory and history, displacement and community. He has conducted numerous writing workshops and has been a visiting lecturer in creative writing at Deakin, Melbourne, Monash, RMIT, La Trobe and Victoria Universities. Zable is a compelling storyteller who has performed in many venues in Melbourne, Sydney, Perth, Hobart, Adelaide and regional areas. His shows include Wanderers & Dreamers, tales of Yiddish theatre, and more recently, Anytime The Wind Can Change, tales of immigrant journeys, performed with singer-songwriter Kavisha Mazzella. In 1998 he worked with curators to produce the script for Victoria’s Immigration Museum. He has conducted writing workshops throughout Australia, and worked with refugees, immigrants, the homeless, the profoundly deaf, Black Saturday bushfire survivors, problem gamblers and other groups using writing as a means of self-understanding and healing. Zable is a patron of Sanctuary, the Eastweb Foundation and the Victorian Storytellers Guild, a former member of the Immigration Museum Advisory Committee, and President of International PEN Melbourne. He was recently awarded a doctorate in the School of Creative Arts, Melbourne University and in 2012 was appointed a Vice-Chancellor’s Fellow at Melbourne University. 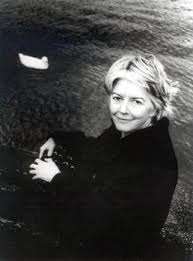 Drusilla Modjeska was born in London in 1946 and raised in Hampshire, the eldest of three sisters. Her father, Patrick Medd Q.C was a noted Judge and Counsel, and co-author of Murder (1956), which put the case for abolishing capital punishment, and author of Romilly (1968), a biography of the Whig Parliamentarian, Sir Samuel Romilly. Her mother, who was known as ‘Pookie’, is the subject of Poppy (1990), which is perhaps Modjeska’s best known work. In 1971 Drusilla moved to Australia. Within that decade she graduated with a BA (Hons) in History from the Australian National University and a PhD in History from the University of New South Wales. She had also begun her career as a writer. In 1983, Drusilla received the Walter McRae Russell Award for Exiles At Home. Dusilla has since won the New South Wales Premier’s Literary Award for non-fiction on three occasions, and is a recipient of the Australian Literature Society Gold Medal for Stravinsky’s Lunch. This non-fiction work offers a feminist reappraisal of the lives and work of Australian painters Stella Bowen and Grace Cossington Smith. During the years of writing and publication Drusilla held a teaching appointment at UTS, where she was part of the team that established the writing programme, followed by research fellowships at the University of Sydney. In 2004 she was one of the first outsiders to visit the Omië, in Papua New Guinea, from which her book The Mountain’s fictional mountain people are drawn. This remarkable small mountain tribe had maintained its tradition of barkcloth art despite the incursions of missionaries and marginalisation from the post-colonial state. Since 2004 Omië art – which is made by women and of exceptional quality – has achieved critical acclaim and is held in major Australian state galleries. The first international exhibition of Omië art was held at the Fowler Museum, University of California, Los Angeles, and the de Young Museum, San Francisco in 2012. Drusilla lives in Sydney, returns to PNG frequently, and has become closely involved with the two communities – the Omië of Mt Lamington and the Korafe in the fjords of Cape Nelson that also feature in fictional form in The Mountain.

Tony Birch is the author of the books Shadowboxing (2006), Father’s Day (2009), Blood (2011), shortlisted for the Miles Franklin literary award, and The Promise (2014). His new novel, Ghost River, will be released in October 2015. Both his fiction and nonfiction has been published widely in literary magazines and anthologies, both in Australia and internationally. He is currently the the inaugural Bruce McGuinness Research Fellow within the Moondani Balluk Centre at Victoria University. Tony Birch was born in inner-city Melbourne, into a large family of Aboriginal, West Indian and Irish descent. His upbringing was challenging and difficult, and much of this is captured in his remarkable debut, the semi-autobiographical Shadowboxing. An altar boy and exceptional student at his local Catholic primary school, in adolescence, Birch went ‘off the rails’ as a teenager. He was expelled from two high schools for fighting and found trouble with the police for the same reason. Although somewhat adrift following his expulsions, he remained a voracious reader – once, when he was arrested by police, all they found when they patted him down was a copy of Camus’ The Outsider, which remains his favourite book. Returning to night school to complete his studies, Birch met his mentor, Anne Misson, whose credo was very simple: ‘You’ll be great, but only if you work your arse off.’ Birch still lives by this and applies it to everything including his passion for running, which is where his writing is created and shaped. Birch’s work is widely read and loved including by those who might normally avoid books, particularly teenage boys. Through his outreach work, he visits many schools to speak to students, and takes particular pleasure in returning to the two schools that expelled him, as both of his previous books are on the syllabus. 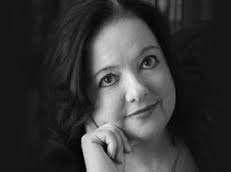 Anne Manne is a writer and social commentator who has been a regular columnist for The Australian and The Age. Her essays on contemporary life regularly appear in The Monthly. She is the author of Motherhood: How Should We Care for Our Children, which was a finalist in the Walkley Award for Best Non-Fiction Book in 2006, the Quarterly Essay, Love and Money: The Family and the Free Market (2008) the memoir So This is Life: scenes from a country childhood (2009) and The Life of I: The new culture of narcissism. Anne grew up in Bendigo. In So this is Life she records her admiration and affection for the people she knew there as a child and her love of the Central Victorian Landscape. 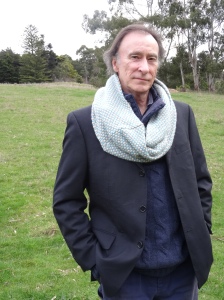 James Walton hails from South Gippsland and lives in the Strzelecki mountains. His poems have appeared in various media, including Eureka Street, Australian Love Poems Anthology, Daily Immanence Anthology, the Wonder Book of Poetry, Hubgarden Poetry, Australian Poetry, The Age and The Sydney Morning Herald. Walton was short-listed for the Welsh Poetry Prize 2014 as well as for the ACU National Literature Prize 2013 and 2015. His first volume, The Leviathan’s Apprentice, was released in 2015. In a past life, Walton was a mushroom box carpenter, a librarian and a union official. He now concentrates on writing, predominantly around themes of place, love, history and nostalgia. Walton is starving – but happy – and lives with an ark of animals, while afflicted by his wife’s pumpkin growing habit. 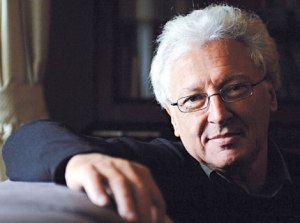 Gaita is Professorial Fellow in the Melbourne Law School and The Faculty of Arts at the University of Melbourne and Emeritus Professor of Moral Philosophy at King’s College London. He is a Fellow of the Australian Academy of the Humanities. Gaita’s books, which have been widely translated, include: Good and Evil: An Absolute Conception , the award winning Romulus, My Father, which was nominated by the New Statesman as one of the best books of 1999, by the Australian Financial Review as one of the best book of the decade and was made into a feature film starring Eric Bana, Frank Potente and Kodi Smit-McPhee; A Common Humanity: Thinking About Love & Truth & Justice, which was nominated by The Economist‘s as one of best books of 2000;The Philosopher’s Dog, short-listed for the New South Wales Premier’s Award and The Age Book of the Year, Breach of Trust: Truth, Morality and Politics and, as editor and contributor, Gaza: Morality Law and Politics; Muslims and Multiculturalism; and with Alex Miller and Alex Skovron, Singing for All he’s Worth: Essays in honour of J.G. Rosenberg. Who’s Afraid of International Law (edited with Gerry Simpson) and On Dignity were published in 2012. Because he believes that it is generally a good thing for philosophers to address an educated and hard-thinking lay audience as well as their colleagues, Gaita has contributed extensively to public discussion about reconciliation, collective responsibility, the role of moral considerations in politics, the Holocaust, genocide, crimes against humanity, education (the nature of teaching as a vocation, the role of love in learning) and the plight of the universities.

Words by University of Melbourne     Image by SMH